I’m sure I’ve never been to an airshow and John couldn’t quite get over it. As someone who works in aviation and likes that kinda thing he felt he ought to get me to one sharpish.

Firstly I failed big time. John didn’t really give much info on what to expect and I, as usual, went in blind. I’m pretty good at that. I also didn’t check the weather and let’s just say jeans in the boiling hot… Yeah frazzled. John would like to think I would do some research, but I’m just rubbish. There I said it, I’m lazy and I’m just happy going with the flow.

We headed to Shuttleworth. First show of the season. Nothing too over whelming but enough to give you a nice day out and a taster. John recommends RIAT if you wanna go big. You know there’s just everything and more, if you prefer. All down to personal preference. 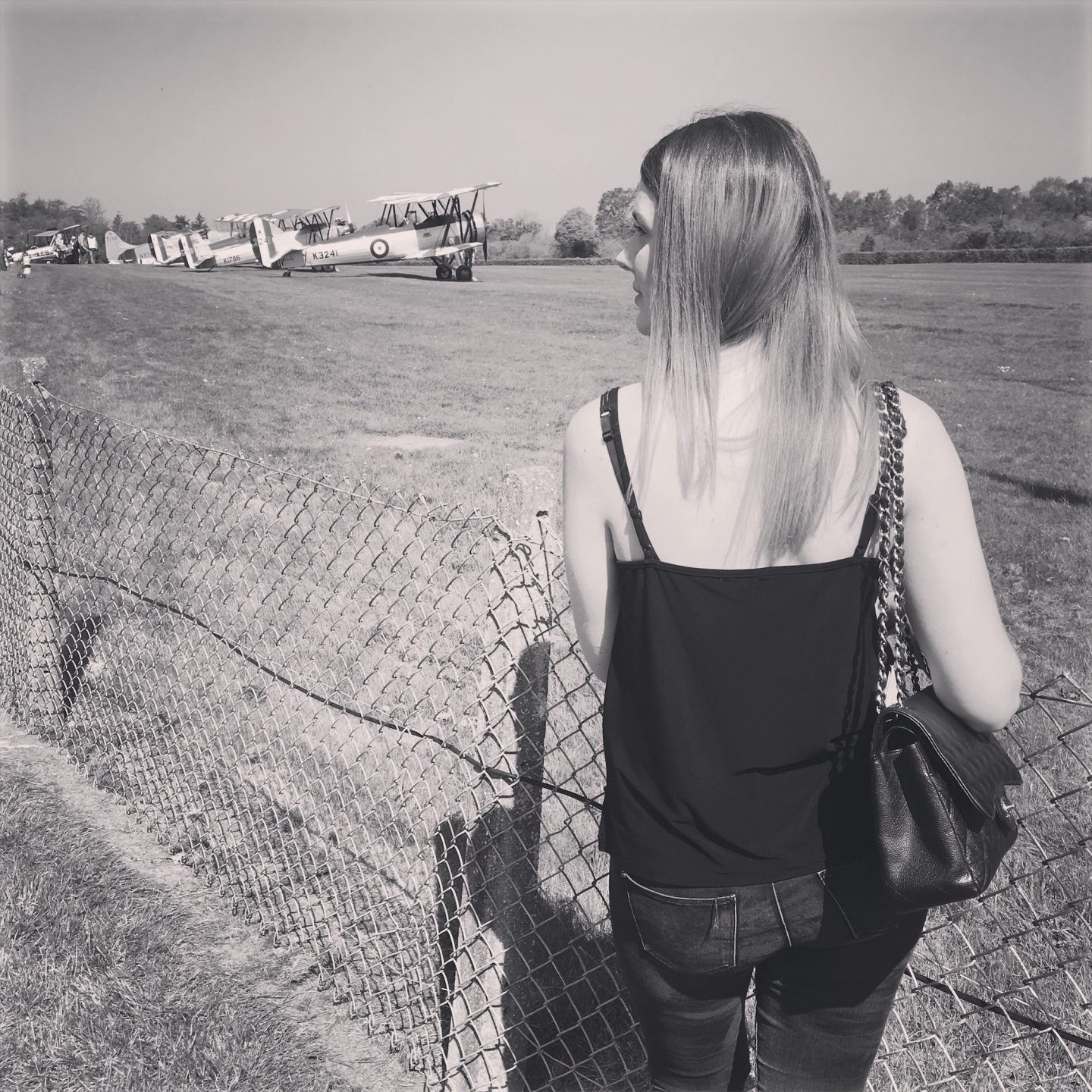 The gist of the day is a few stalls and snack trucks. A museum and plenty of planes to wander round. Followed by the star of the day the air show. This started early after noon giving you plenty of time to wander, find a spot and get set up with snacks and get comfy. 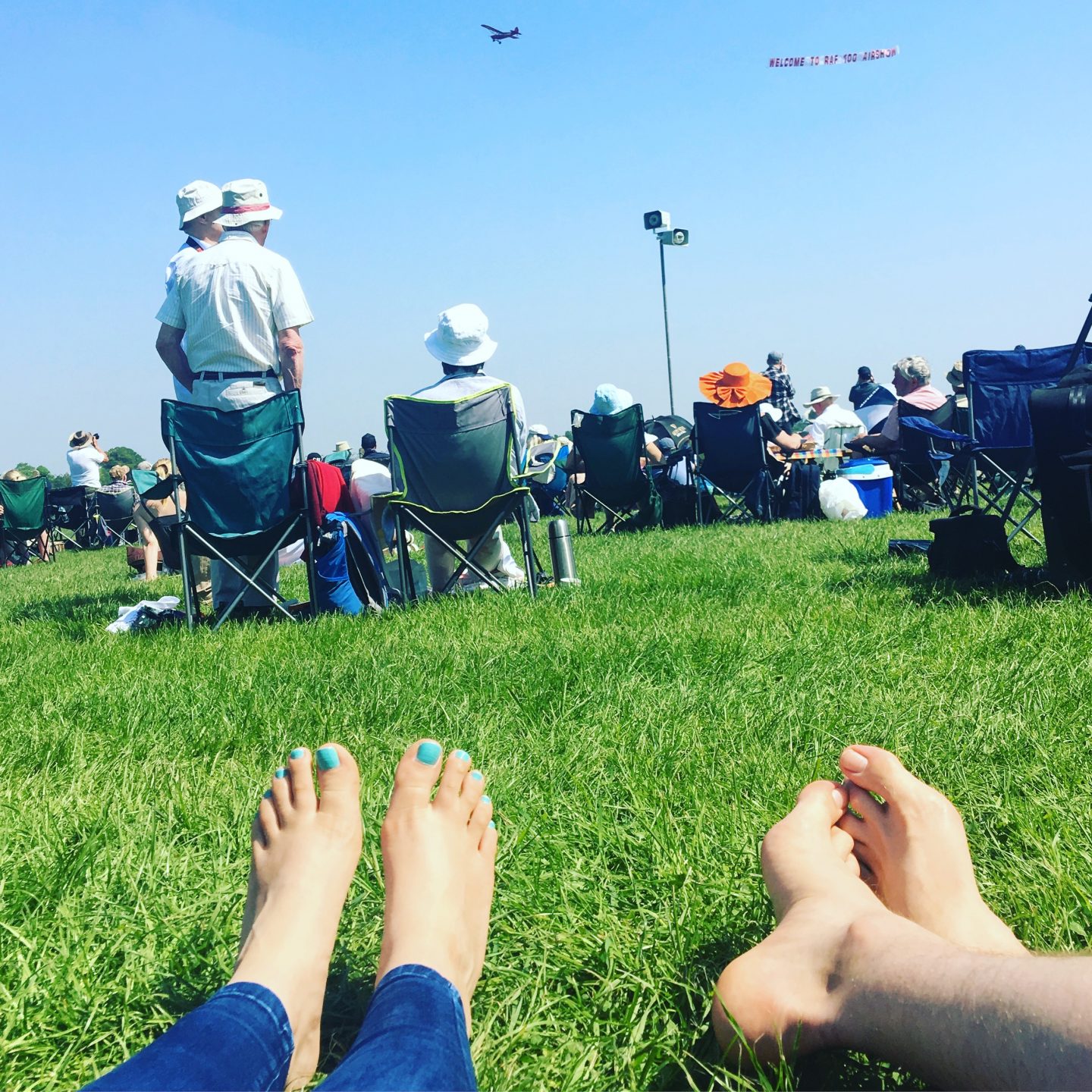 So this was the fail, because who knew people would have picnics and blankets. The even more prepared had chairs and all kinds of camera equipment. I’ll get it out there now. You’re not getting any kind of decent pics on your IPhone. I mean the planes may as well of been flies. 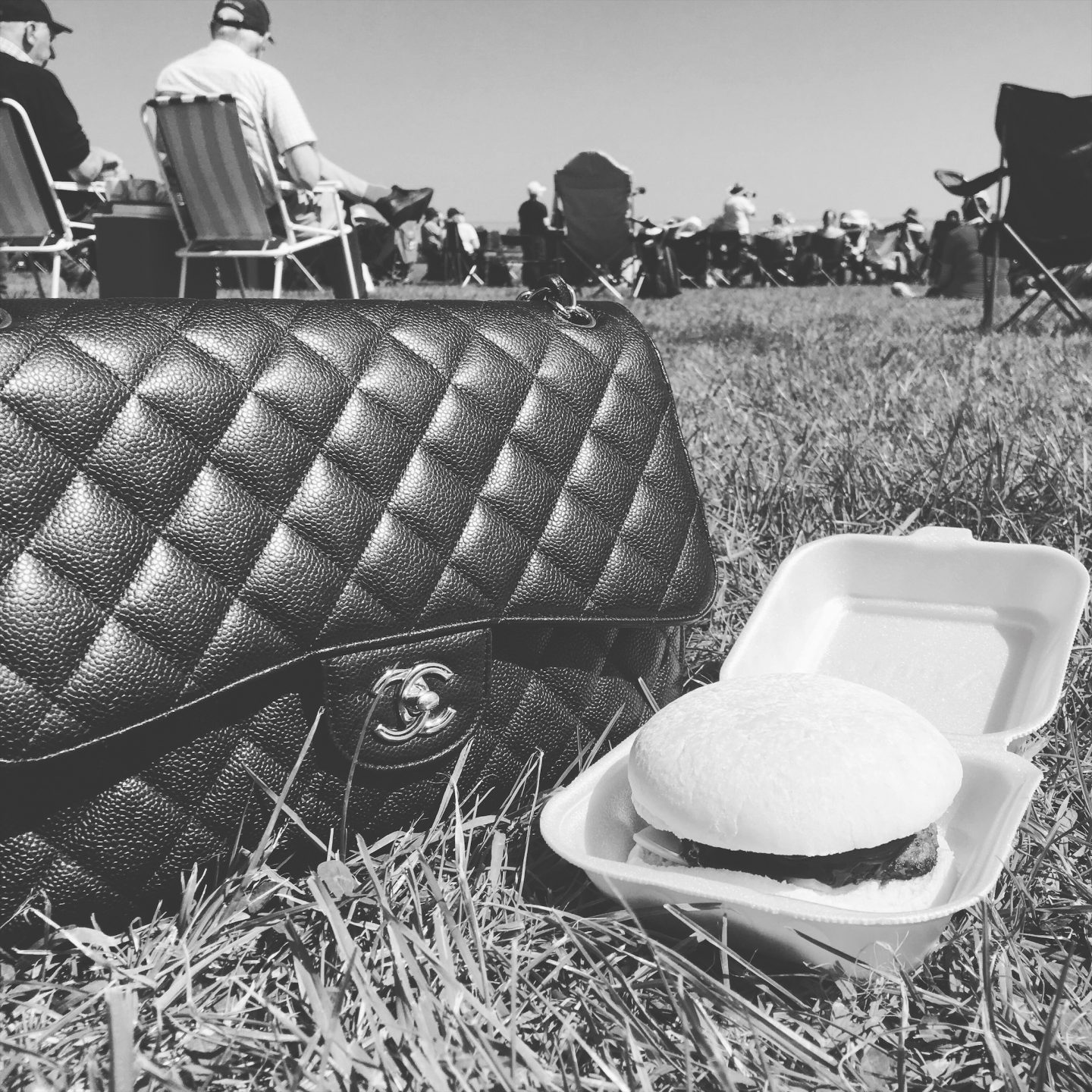 What can I say, we turned up with nothing but a couple of bottles of water and so opted for sitting on the grass with a burger from one of the vans. Our set up suited us and I managed to sneak a few pics of people as the planes weren’t coming out so well. I do quite like to capture people who stand out. How cute are these two though. Like father like son. 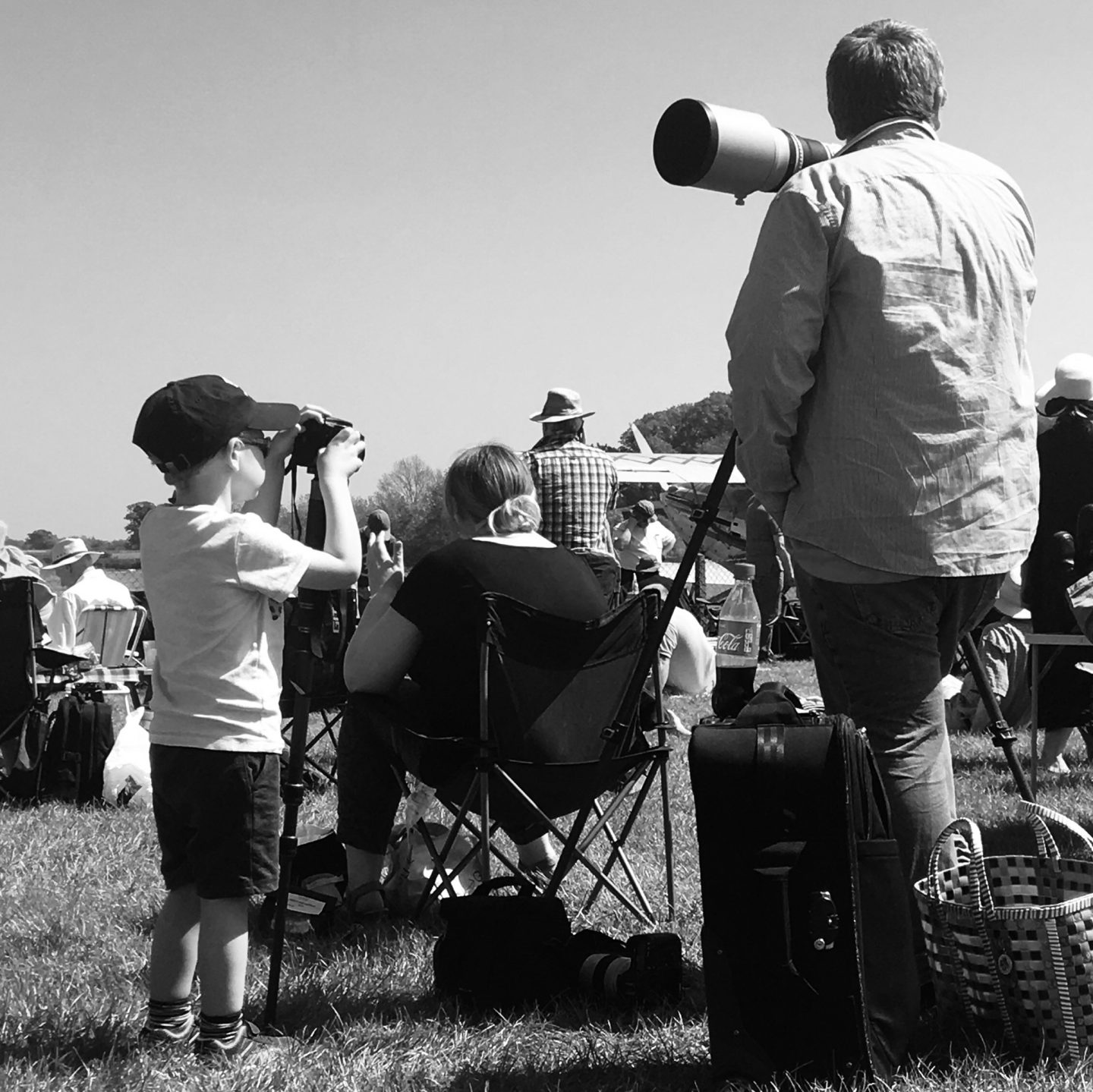 The airshow was great. Really great to see some old style planes. The most impressive the new RAF plane, Eurofighter Typhoon. I mean it may as well of been a space shuttle it was so loud. They were flying it vertical so you could see red lights out the bottom and it mimicked a rocket shape. It’s basically a fighter jet. I was lucky enough to have someone with me in the know.

I also loved these two yellow planes. Such a technical term, I’m sorry I just was too busy watching to take note and John isn’t sure. I’m not gonna guess either because some clever person will know if I’ve got it wrong. Couldn’t tell you why, but it probably was their bright yellow appearance that made me take a liking to them. 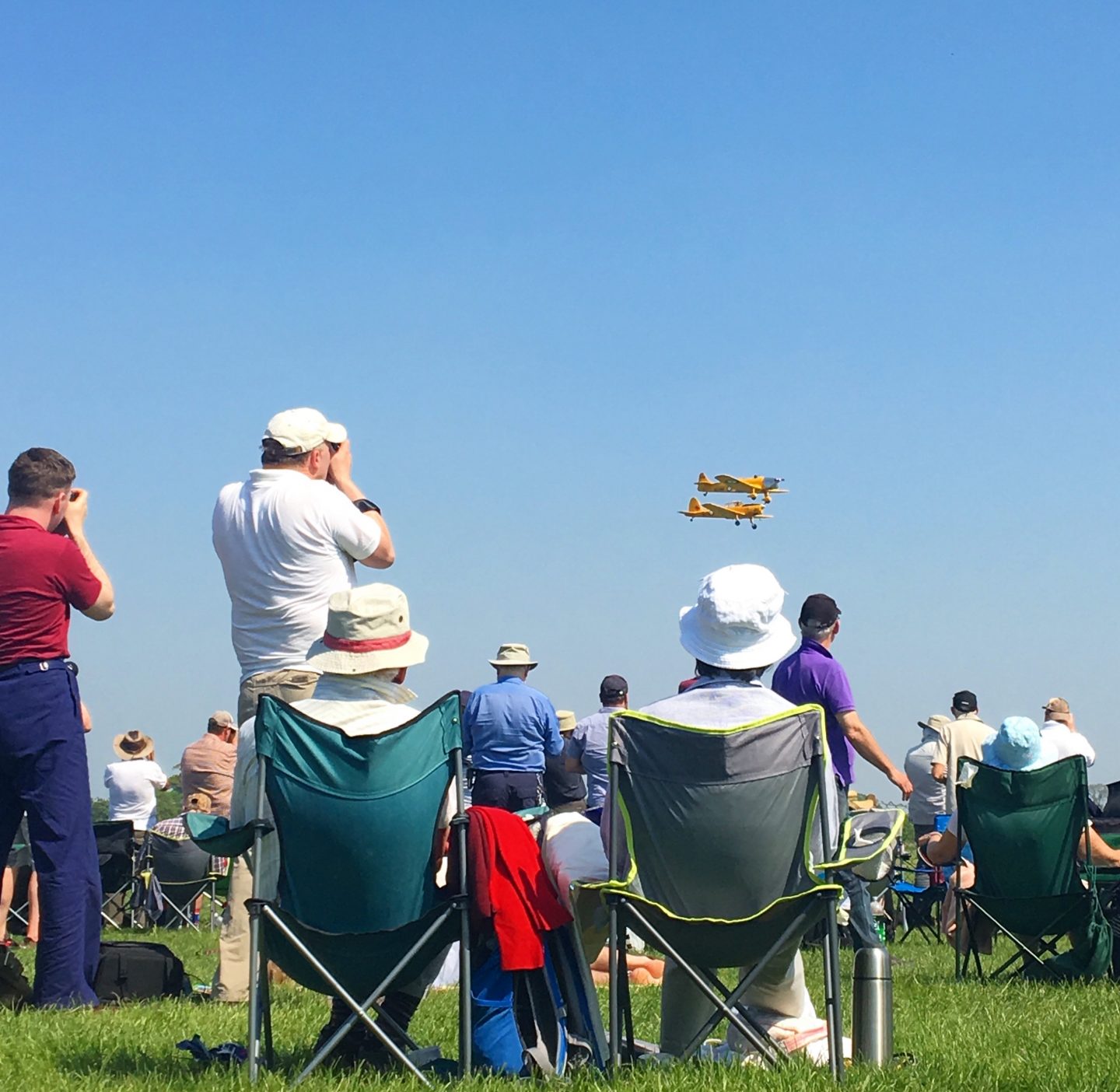 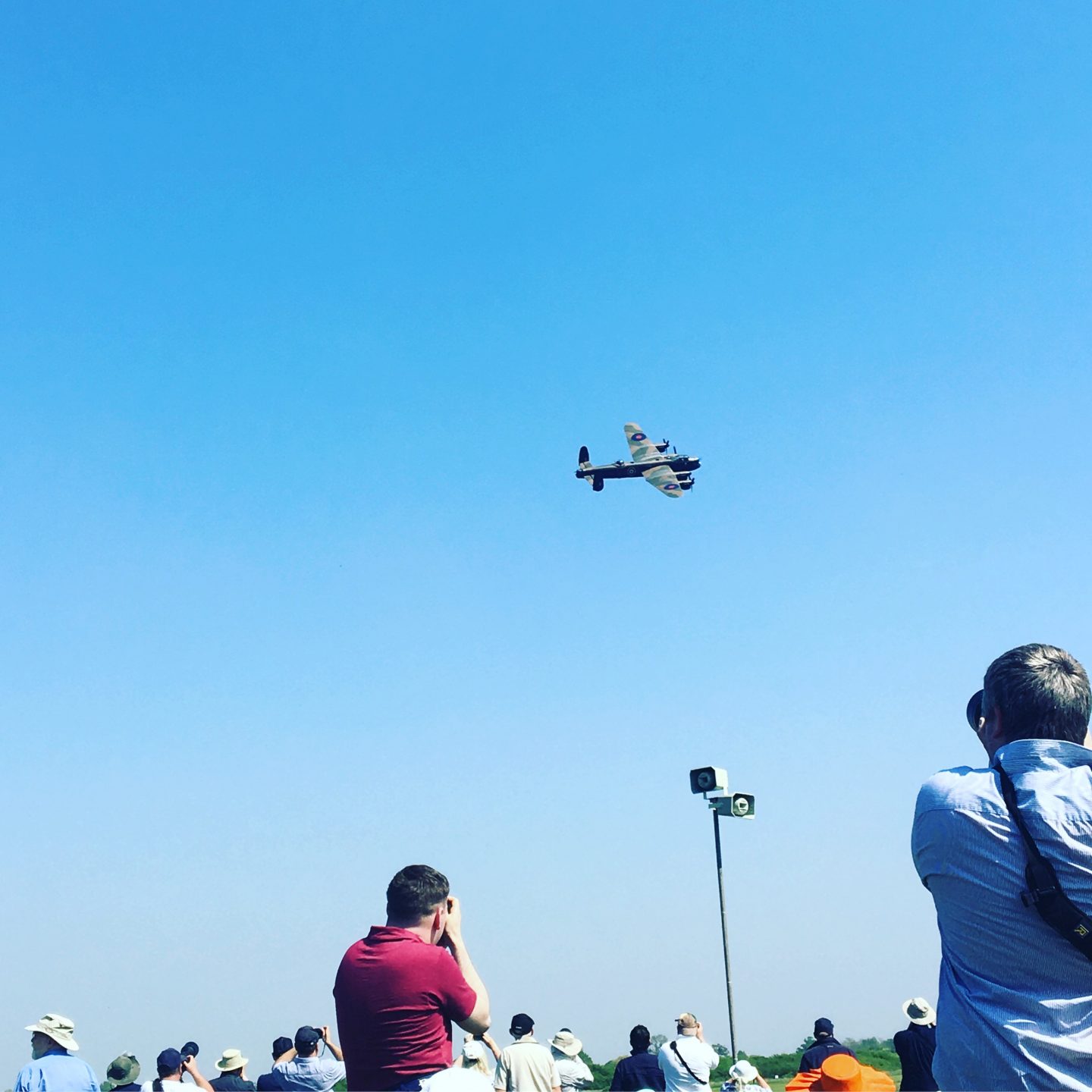 We had a great day at the airshow, but I will definitely go more prepared next time.

Check out my last post here. I’ll see you in the next one.

The One With The Ring – We…

The Hand And Flowers – Marlow