Lash De Force is happening and I couldn’t be happier for Fleur. Fleur De Force is one of my fave bloggers so I was all over her lash launch like a rash. I’m not a big false lash wearer but I will often add them to someones make up look or if I’m going on a night out i’ll put a pair on. 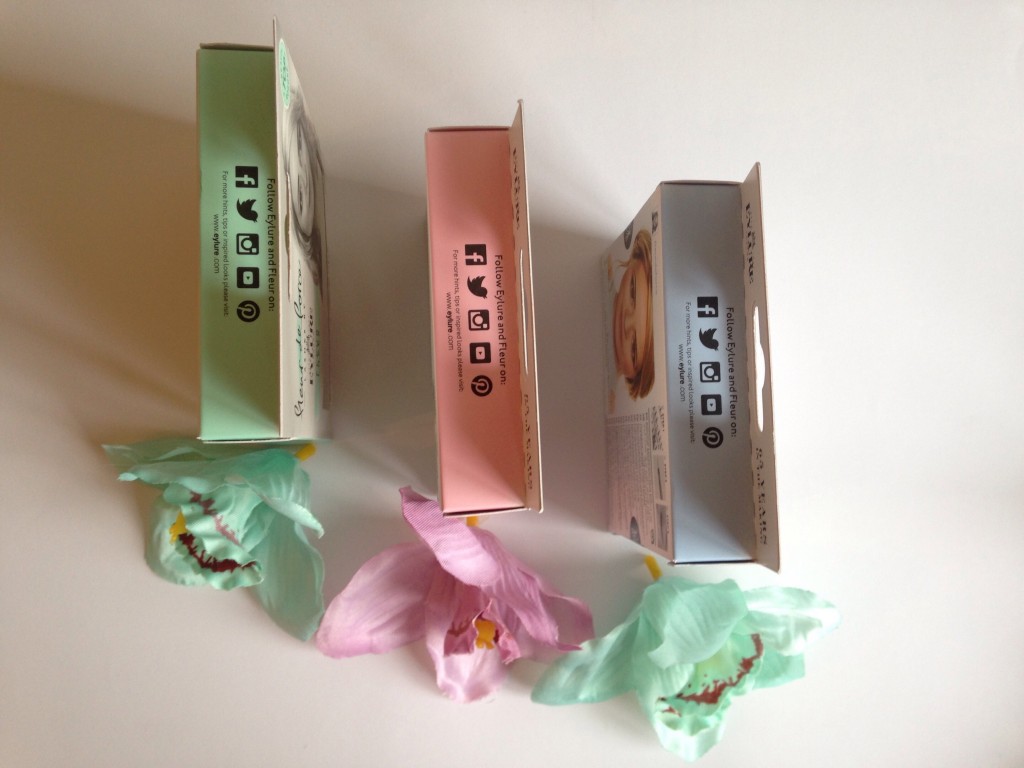 As soon as I heard Fleur had teamed up with Eylure I new something great would be produced. The preview pictures looked great and I’m pleased to say they didn’t disappoint. I’m certain they will pretty much suit every taste, with 4 different types to create various looks. They have pretty packaging, not that that affects the lashes but it helps to create a good image around the lashes. Finally each are named something Fleur which is a super cute touch.

I managed to pick up 3 out of 4 pairs. Fleur and fabulous seem to be out of stock in all my local Boots stores. Sad face. 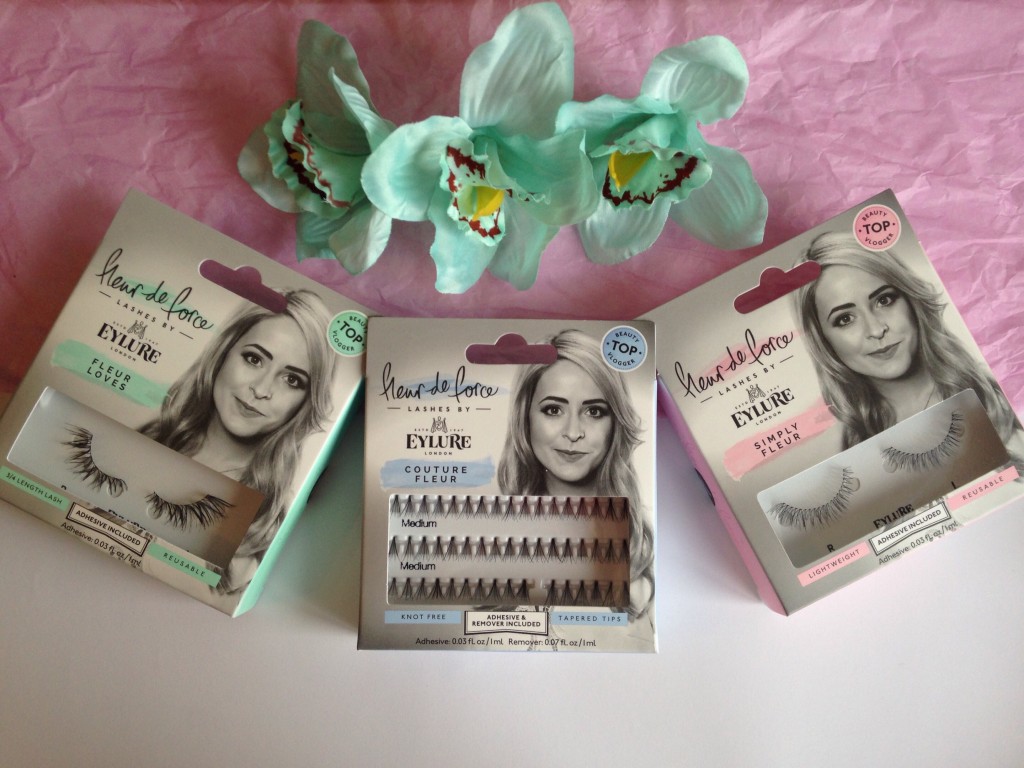 As the name suggests these are the natural lash of the bunch. A great starter lash for those a bit scared to go too full on. They have nice length not too long and not too short. The band of the lashes are clear to really give the natural look. 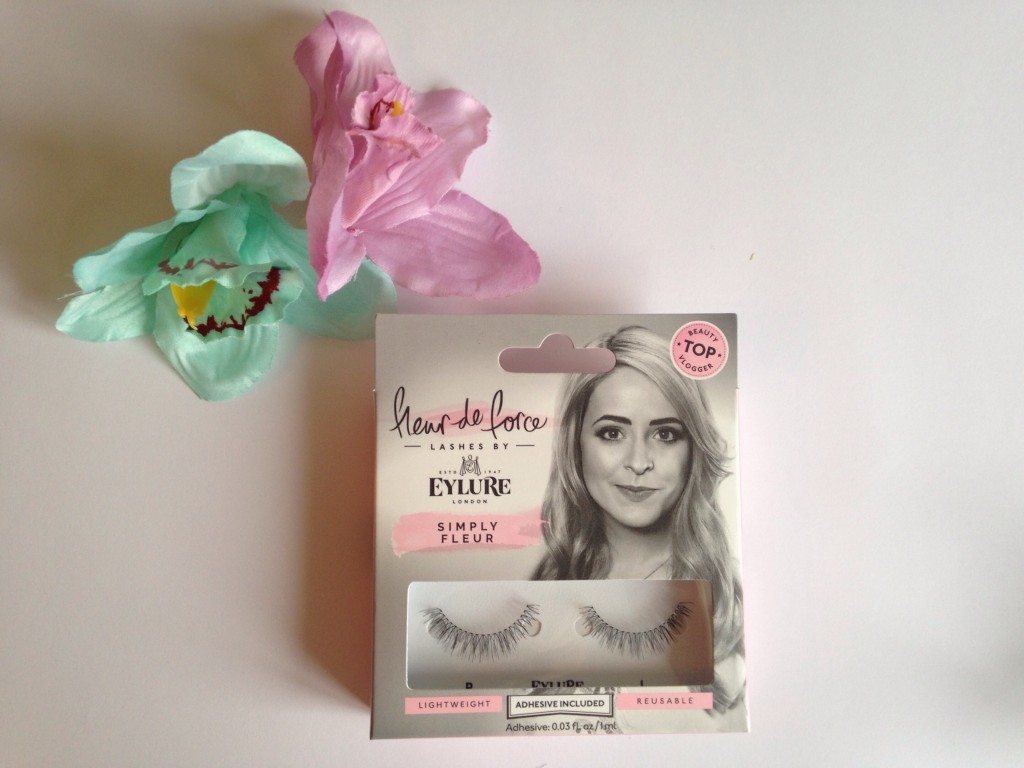 I love these and the name is really clever. Individual lashes to create your very own couture lash. Fleur proves with these that she is more than just a pretty face. They are bulb free for maximum natural ability along with tapered tips, rather than blunt cut off tips. The best bit, praise the lord, there are millions of medium length lashes and only a few of those silly spidery long ones. I never use the long ones even though I think I’m pretty lucky in the lash department they are just too long. Theres a few in there just in case you wanna mix in a couple as well as a few shorts. 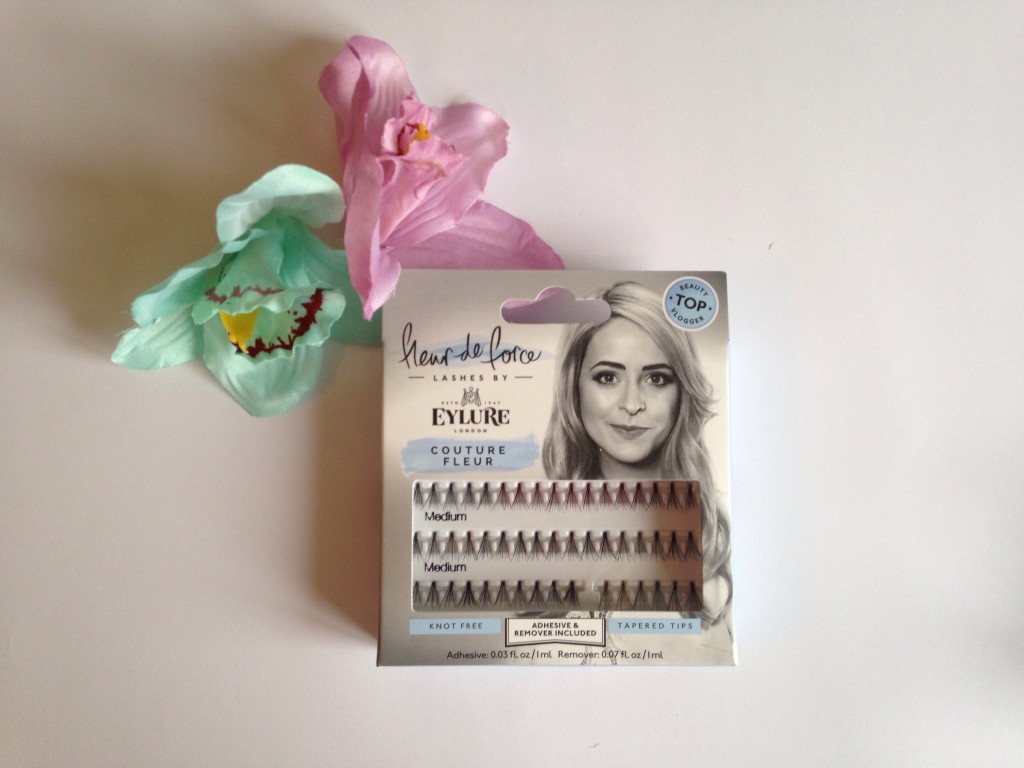 The 3/4 length lash, to give you a gorgeous fluttery lash. They are thicker and more built up than the natural, with a slight cross over to give that wispy feathery look. Still not too dramatic or over the top but perfect for a night out to glam up your look. Again these have the invisible band. 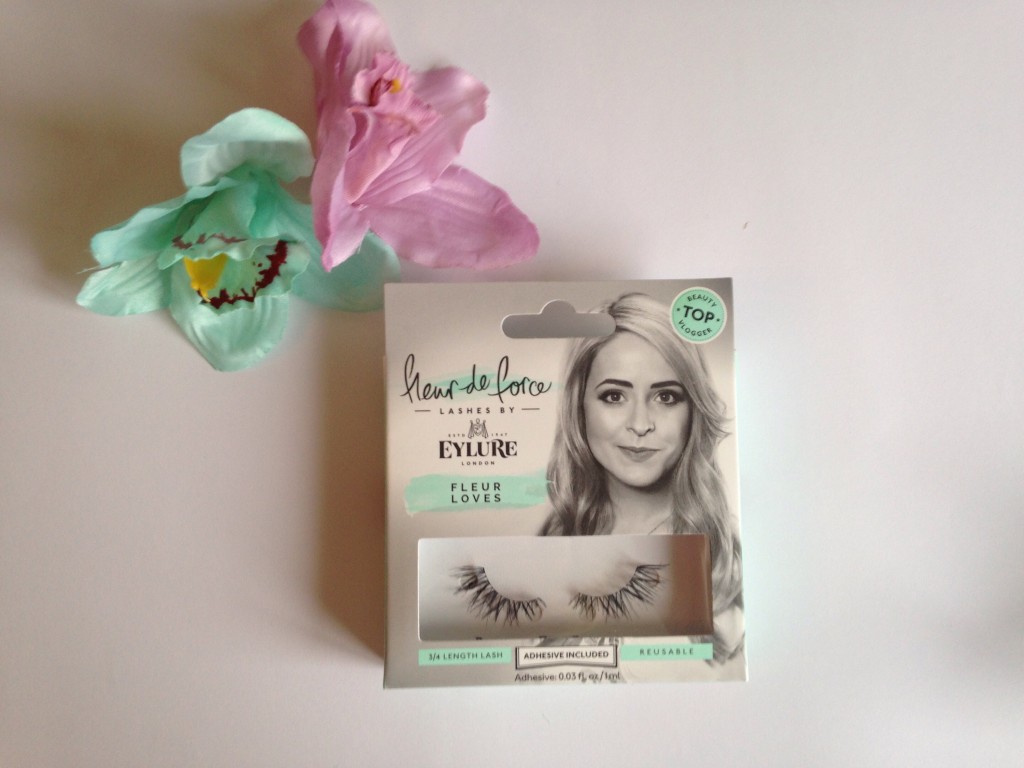 The dramatic lash. For the girl that loves a glam lash. The band on these are black, taking them up a notch from natural to glamorous. I like that although these are much more full they don’t look cheap and nasty like some bigger lashes can.

Which set do you like best? Let me know in the comments if you have tried them. If you fancy a set you can pick them up from Boots.